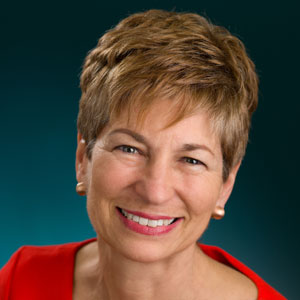 Founder and CEO of Juniper Communities

Lynne Katzmann is Founder and CEO of Juniper Communities, which invests in, develops and manages senior living and long term care communities.

With 22 properties in three states and more than 1600 employees, Juniper had over $90 million in revenues in 2019. Celebrating its 30th Anniversary in 2018, Juniper is ranked #14 by Crain’s New York on its Top 50 ranking of woman-owned companies for the New York tri-state area.

In May 2019, Lynne was the first winner of the McKnight’s Women of Distinction Lifetime Achievement Award.  In January 2020, Lynne was inducted into the American Senior Housing Association’s Hall of Fame.  Both of these awards speak to the incredible innovation and vision that Lynne has brought to the senior living industry.  Under Lynne’s directorship, Juniper is recognized nationally as a premier senior living provider.

Juniper is the only woman-founded, owned and led business among the top 40 national assisted living companies. Lynne launched the business when she was 32, with six years’ experience in the health care industry and a PhD in economics from the London School of Economics. An active leader in the social entrepreneurship movement at its beginning, she was a firm believer in the so-called double bottom line: doing well by doing good.

Lynne leads an organization known for resident-centered, personalized care. Juniper’s priorities and its many award-winning innovations are consistent with her belief:

“Aging and its challenges are a natural part of our life cycle. Quality of life in this third act should be enjoyed to its fullest according to each person’s choosing. There is no reason that a frail body should not allow a life of joy and meaning.”

Juniper has been known as a thought leader and innovator within the senior’s housing industry since its inception. Currently Lynne’s focus is on promoting senior living as a population health solution for that segment of the senior population defined as high care and high needs. These are the small portion of Medicare recipients who are most in need of coordinated care and service. Her brain-child, Juniper’s Connect4Life program has demonstrated outcomes in promoting well-being for this cohort.

Lynne has been involved in the health care industry for nearly 35 years, working in the public and private sectors in the United States and Europe. She serves as a board member of several for- profit and non-profit organizations including ElderCare Alliance of San Francisco, ArtsConnection of New York City and the Social Venture Network.

She lives in Montclair, New Jersey with her partner, Ed Goodell. She also has a son, Andrew, who finished college in the spring of 2016 and is currently working in the seniors housing industry on the investment and finance side.

Return to all Members Team